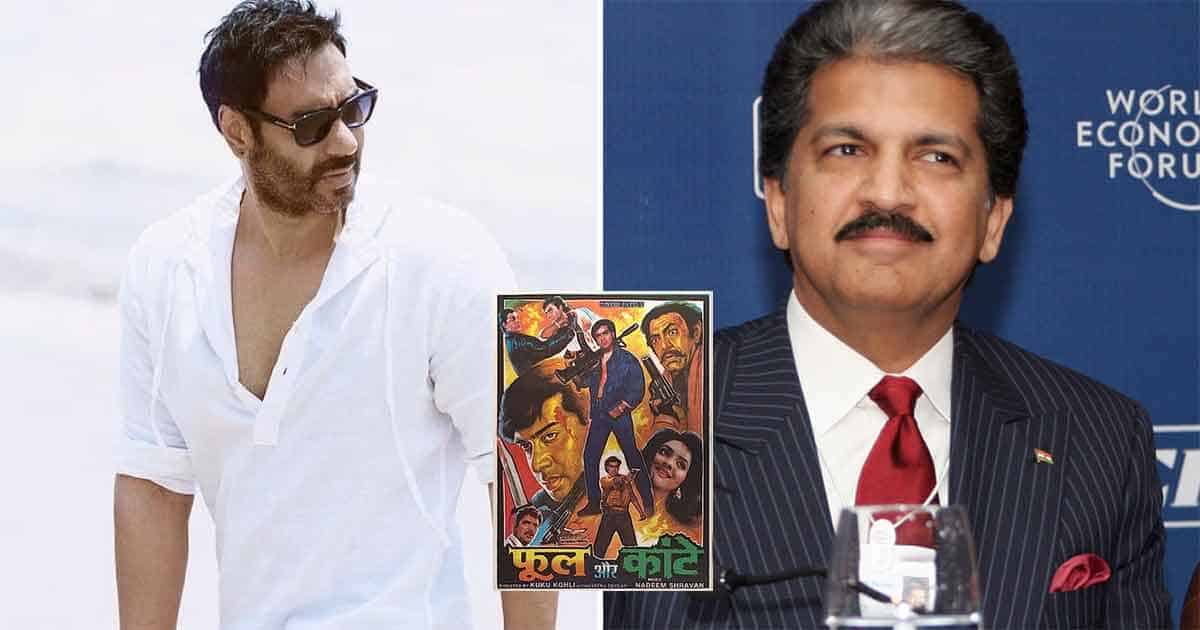 Bollywood star Ajay Devgn recreated his iconic ‘Phool Aur Kaante’ split stunt for an ad but used trucks instead of bikes on which he originally performed the stunt.

Ajay Devgn’s entry in ‘Phool Aur Kaante’, his debut film which released in 1991, became very popular where he appeared standing, balancing on two moving motorcycles. Similar stunts have been repeated in a number of films such as ‘Son of Sardaar’ and ‘De De Pyaar De’.

Mahindra Group Chairman Anand Mahindra posted the video on his Twitter and wrote: “30 years ago, in his debut Bollywood film, Phool Aur Kaante, @ajaydevgn performed his original master act, the split. And now, he does it again, this time for Mahindra. Watch this space for more…”

‘Phool Aur Kaante’ also stars Madhoo, Aruna Irani, Jagdeep and Amrish Puri among others. This film was remade in Telugu as ‘Varasudu’. The film is loosely based on the Malayalam film ‘Parampara’ directed by Sibi Malayil where superstar Mammootty plays a dual role.

Meanwhile, Actor Ajay Devgn will soon be seen on the popular adventure show ‘Into The Wild With Bear Grylls’ with adventurer and survivalist Bear Grylls.

The show, which airs on the Discovery channel, has earlier had actors Akshay Kumar and Rajinikanth on the show.

In 2019, Prime Minister Narendra Modi appeared with Grylls on the show ‘Man vs Wild’.

According to the channel, the episode will be shot in the Maldives and Ajay Devgn has left for the shoot on Sunday.

The show focuses on survival skills required when out in the wild without the comforts of technology or human habitat.

While the date of the episode’s release hasn’t been announced yet, it will premiere first on the discovery+ app.

Must Read:  Salman Khan Accompanied By Iulia Vantur In Austria? She Says, “Love Will Always Bring People Together” In A Video Shared From Love Lock Bridge