Home / Gossip / Avatar 2 Early Reviews Are Out! Viewers Are All Gaga Over This Visual Extravaganza, Critic Declares “James Cameron Once Again Shows Filmmakers How It’s Done” 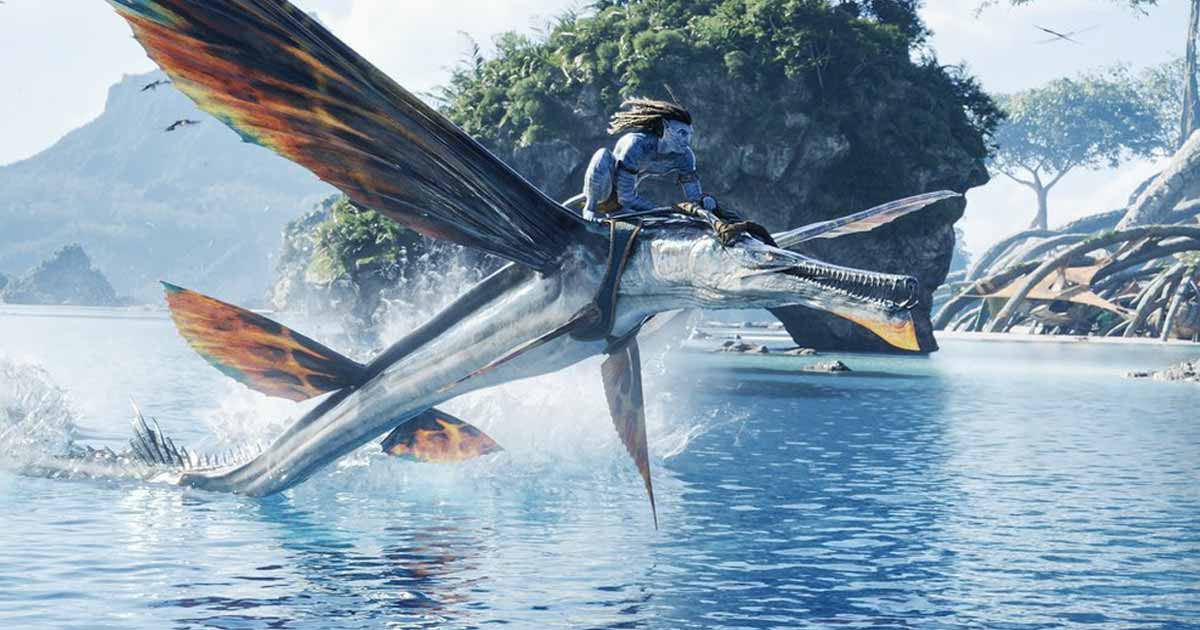 James Cameron‘s Avatar 2 (Avatar: The Way Of Water) is all set for a grand release on 16th December. After the tremendous and historical box office success of the first part, expectations are sky-high this time. Thankfully, it seems that we aren’t going to get disappointed as the early reviews pouring in are simply fantastic, to say the least. Keep reading to know more.

Avatar is rocking the box office throne by holding the honour of being the highest-grossing film in the history of world cinema. The film amassed $2.92 billion (including revenue from multiple re-runs). Apart from that, it went on to become one of the most critically acclaimed films in different departments of filmmaking. Expectedly, one hopes at least to match that level with the upcoming sequel.

Recently, Avatar 2 was shown to press members in a special screening. Post the screening, the reactions have been outstanding and many are calling it better than the prequel. As per the report in Variety, Fandango’s Erik Davis writes, “Happy to say ‘Avatar: The Way of Water’ is phenomenal. Bigger, better & more emotional than ‘Avatar,’ the film is visually breathtaking, visceral and incredibly engrossing. The story, the spectacle, the spirituality, the beauty – this is moviemaking & storytelling at its absolute finest.”

Speaking about Avatar 2, Happy Sad Confused host Josh Horowitz writes, “James Cameron once again shows filmmakers how it’s done. I’ve said it a thousand times. Never doubt him. ‘Avatar: The Way of Water’ is how you do epic blockbuster-ing. Emotional, visceral and as big as movies get.” Collider’s Peri Nemiroff says, “I had faith James Cameron would raise the bar with the effects but these visuals are mind-blowing.”

Check out some other reactions below:

AVATAR: THE WAY OF WATER: Yeah never bet against James Cameron. Trying to spare hyperbole, but I’ve never seen anything like this from a technical, visual standpoint. It’s overwhelming. Maybe too overwhelming. Sometimes I’d miss plot points because I’m staring at a Pandora fish

Happy to say #AvatarTheWayOfWater is phenomenal! Bigger, better & more emotional than #Avatar, the film is visually breathtaking, visceral & incredibly engrossing. The story, the spectacle, the spirituality, the beauty – this is moviemaking & storytelling at its absolute finest. pic.twitter.com/RicnpDghrx

Unsurprisingly, #AvatarTheWayOfWater is a visual masterpiece with rich use of 3D and breathtaking vistas. It does suffer from a thin story and too many characters to juggle, yet James Cameron pulls it together for an extraordinary final act full of emotion and thrilling action. pic.twitter.com/opr6CRyOwk

Are you excited to watch Avatar 2 in theatres? Share with us in the comments below.

The post Avatar 2 Early Reviews Are Out! Viewers Are All Gaga Over This Visual Extravaganza, Critic Declares “James Cameron Once Again Shows Filmmakers How It’s Done” appeared first on Koimoi.