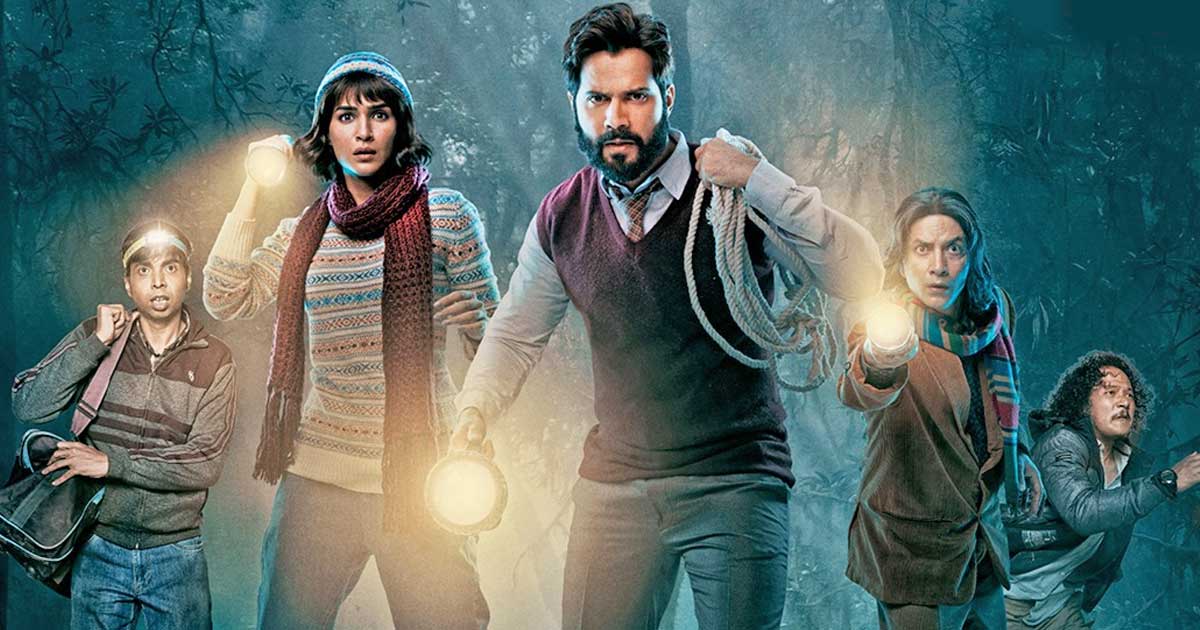 When the Horror genre mixed with comedy works well for Hindi cinema. Films like Stree (2018) to Bhool Bhulaiyaa 2 (2022) created a storm at the box office. Now Varun Dhawan and Kriti Sanon starrer Bhediya, a horror comedy, is all set to hit the screens this Friday.

Amar Kaushik’s film is one of the much-awaited films of the year and it has been in the headlines since 2021. Fans have been eagerly waiting for the horror comedy to release. Interestingly, the film is competing with the box office hit Drishyam, which is on the verge of getting into a 100-crore club.

Bhediya, which is reportedly made on a budget of 60 crores, is expected to occupy around 2500-3000 screens in the domestic market. Advance bookings for the show have already begun and it seems bookings are slowly picking up as the release inches closer.

Uunchai Box Office Day 13: Continues To Stay Stable On The Lower Side During Weekdays

Varun Dhawan starrer also recently received a UA certificate from the censor board with an approved runtime of 2hr 36min or 156 mins. So let’s take a look at occupancy in major cities.

As Bhediya records nearly 9-11 percent in the city today. As compared to yesterday’s occupancy, shows have seen marginal growth. Now, it is expected to grow as the release date comes closer.

Occupancy in the Varun Dhawan starrer shows also seen marginal growth since yesterday. Around half of the shows are on the filling fast side and 8-10% of shows will get houseful real soon.

Even though the number of shows for Bhediya is few here, nearly 25-30% of shows are already booked and it seems the shows may run even full.

The Horror comedy has a limited number of shows in the city and only 4-6 percent of the shows have been booked.

In another southern city in Hyderabad, Bhediya seemingly receiving a good response. Nearly 14-16 percent of shows are fast filling.

Bhediya seems to be underperforming a lot in Kolkata. The advance booking suggests that only around 6-8% of shows are almost full. Even though the early response is not good in the pre-sales so far it is expected that on-the-spot bookings may boost ticket sales.

Based on the advance bookings found in these metro cities, the horror comedy is likely to have earned around 2-3 Cr for opening day. Now after months of waiting, the film is all set to hit the big screen on November 25 in three languages, Hindi, Tamil, and Telugu.