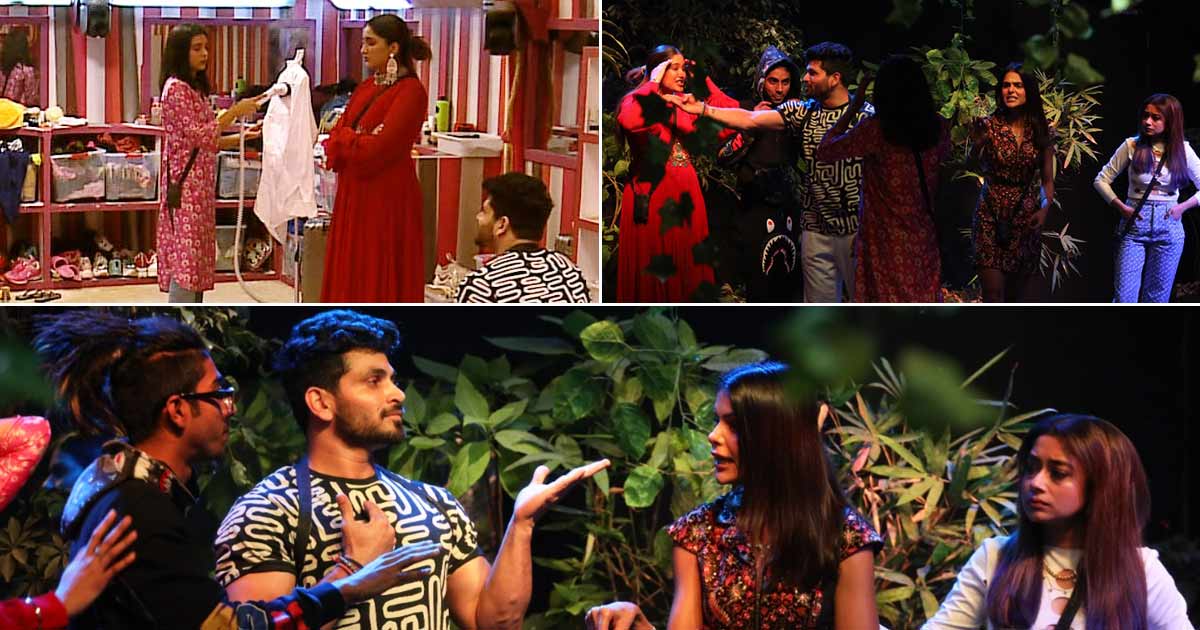 The competition for ticket to finale on COLORS’ ‘Bigg Boss 16’ beefed up the drama and entertainment. Amid the ambition to win the season, the contestants were given the opportunity to steal captain Nimrit Kaur Ahluwalia’s ticket to finale with a report card task. To dismiss Nimrit’s ticket, the housemates were required to take a ring from a rectangular board placed in the living room for every violation of rules that occurred during her captaincy.

If the number of violations cited hit the count of 10 , then Nimrit’s ticket to the finale stands revoked.

Bringing an inventive twist to the Bigg Boss 16 nominations, BB commanded the housemates to put two blood-dipped bricks into a makeshift well for thirsty crows in the name of two contestants they want to be evicted citing a reason. This task led to an ugly spat between Priyanka Chahar Choudhary and Sumbul Touqeer Khan. It all starts Sumbul nominating Priyanka for her maintaining a fake image of ‘sachai ki murat’ based on her convenience.

This inspires a strong and defensive reaction from Priyanka Chahar Choudhary after which Sumbul Touqeer Khan has a breakdown while venting out. As the allegations get scathing, the Bigg Boss 16 nomination task only got more intense.

The drama peaked in the episode when Shalin Bhanot badmouthed Tina Datta in the company of Priyanka and the mandali. He declares that if she had humanity, she would have realised that he is missing home after so many days of staying enclosed in the house instead of condemning him. Nimrit then ridiculed Tina for requesting ‘Bigg Boss’ to send her soup because she’s on a liquid diet owing to her ongoing dental treatment. Most of the people in the discussion agree that she’s being fussy.

Keep watching the excitement and drama in Bigg Boss 16 every Monday to Friday at 10.00 PM and every Saturday – Sunday at 9.00 PM only on COLORS and Voot.