Home / Gossip / ‘Breaking Bad’ Stars Bryan Cranston & Aaron Paul Get Hurt On Learning A Fan’s Relative Never Watched The Show, Ask “What Are You Into… Anime/Cartoons?” 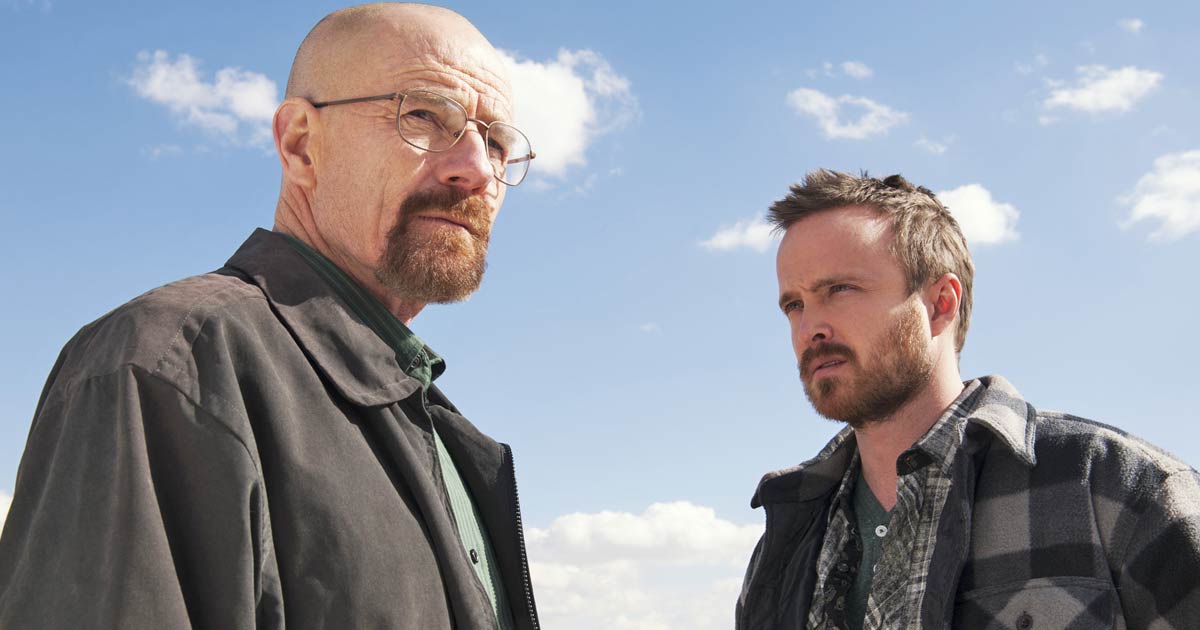 Breaking Bad is one of the most enticing thriller dramas that will keep you engaged till the last episode of the last season. It’s about a chemistry professor Walter White (Bryan Cranston) who finds out he has cancer and in order to make more money, he gets involved in the meth business after partnering with an addict Jesse (Aaron Paul). Well, the series has a separate fanbase, and when the co-stars learned that one of their fan’s relatives hasn’t watched the show yet, they got hurt. Here’s what they said further. Scroll below to get the scoop!

Bryan and Aaron become very close to each other over the course of the series. They are now pals and time and again, we have got proof of the same. The Breaking Bad co-stars also own a liquor company ‘Dos Hombres’ together.

Well, in a viral video as shared by ABC News on their Instagram handle, Bryan Cranston and Aaron Paul can be seen making a video message for one of their fans who mentioned that one of his relatives hasn’t watched their show Breaking Bad. On learning about it, the co-stars find themselves quite emotional and Aaron can be seen asking “What are you into? What do you like to watch? I am just curious.”

What! Shah Rukh Khan Once Wanted To Turn ‘Breaking Bad’ Into A Bollywood Film? SRK Had Said, “I’m At That Age When…”

To this, Bryan Cranston chimed in and said, “You still watching what? Anime? What are you doing?” And immediately, Aaron Paul asked “Like Cartoons? I mean love cartoons” and then the fan said his relative watches Homes he can’t afford on TV and watches tours of them for no reason but has never watched Breaking Bad.

Well, it was quite clear that Bryan and Aaron Paul were quite disappointed at that fan’s relatives. LOL! Watch the video here:

Have you watched Breaking Bad? Let us know your thoughts about the series!

Stay tuned to Koimoi for more news and updates!

The post ‘Breaking Bad’ Stars Bryan Cranston & Aaron Paul Get Hurt On Learning A Fan’s Relative Never Watched The Show, Ask “What Are You Into… Anime/Cartoons?” appeared first on Koimoi.