Home / Gossip / Eva Mendes Reveals She Was Once Fired From A Hotdog Stand For Giving An “Inappropriate” Gift To A Co-Worker, “I Was A Secret Santa” 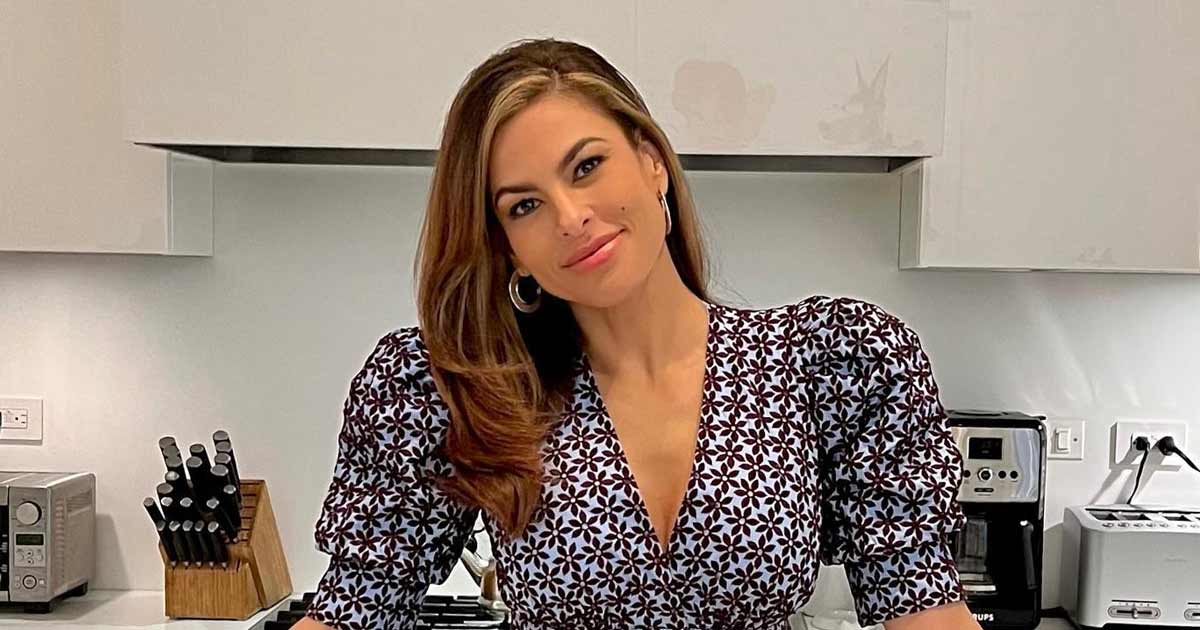 Actress Eva Mendes was once fired from a hotdog stand after giving an “inappropriate” gift to a co-worker.

The 48-year-old actress worked as a hotdog vendor before finding fame in Hollywood and revealed that she was dismissed from her position after giving a colleague an “inappropriate gift” during the holiday season, reports femalefirst.co.uk.

Without revealing exactly what the gift was, she told Will McMahon and Woody Whitelaw on KIIS FM: “I got fired from one place only, but it was a hotdog on a stick place. Oh god, this is bad too… I was a Secret Santa and I gave an inappropriate gift. I’m giving you guys way too much right now. You’re like, literally this is the end of my day. But the good thing about getting fired is you get to collect unemployment (benefits)!”

Black Panther: Wakanda Forever Director Remembers Chadwick Boseman In His Heartfelt Note Thanking Fans: “We Made Something To Honour Our Friend”

Meanwhile, ‘Hitch’ actress has been in a relationship with fellow Hollywood star Ryan Gosling since 2011 but has repeatedly fuelled speculation over the last week that they have in fact tied the knot and the revelation comes just days after she referred to him as her husband.

She said: “Everyone is so welcoming here and my husband Ryan is here and we are having the best time.”

Later, Mendes was asked about marriage gossip in an interview on Australian radio’s ‘The Kyle and Jackie O Show’ on Friday (November 18) with stand-in co-host Brittany Hockley asking the actress: “There’s a rumour that you guys might have secretly tied the knot. Is that true?”

Mendes then replied: “But who says we weren’t already? I like to keep it all mysterious.”

She then went on to address the tattoo, initially joking it was a temporary “press on” before adding: “I do have a tattoo. No, it’s not a press on. But I got it years ago. I posted a picture and I’ve gotten a lot of funny questions.”

Many fans are convinced the tattoo confirms that the couple is husband and wife.

The ‘Place Beyond the Pines’ stars were previously hit with marriage rumours back in 2016 when US Weekly reported they had tied the knot in private in front of a small group of family and friends with a source telling the publication: “Eva and Ryan have always felt like a married couple. They are infatuated with each other.”

However, a representative for the stars later denied a wedding had taken place.

Eva Mendes is also known for her memorable appearances in movies such as Once Upon a Time in Mexico, 2 Fast 2 Furious, The Wendell Baker Story, Ghost Rider, Knocked Up, the Women, Holy Motors, Lost River, Fast Five, The Place Beyond the Pines, etc.

Must Read: Harry Styles Will Not Say He Has Broken Up With Olivia Wilde, They’ll Not Say “It’s Over”, The Couple To Resume Their Relationship After A Break?

The post Eva Mendes Reveals She Was Once Fired From A Hotdog Stand For Giving An “Inappropriate” Gift To A Co-Worker, “I Was A Secret Santa” appeared first on Koimoi.