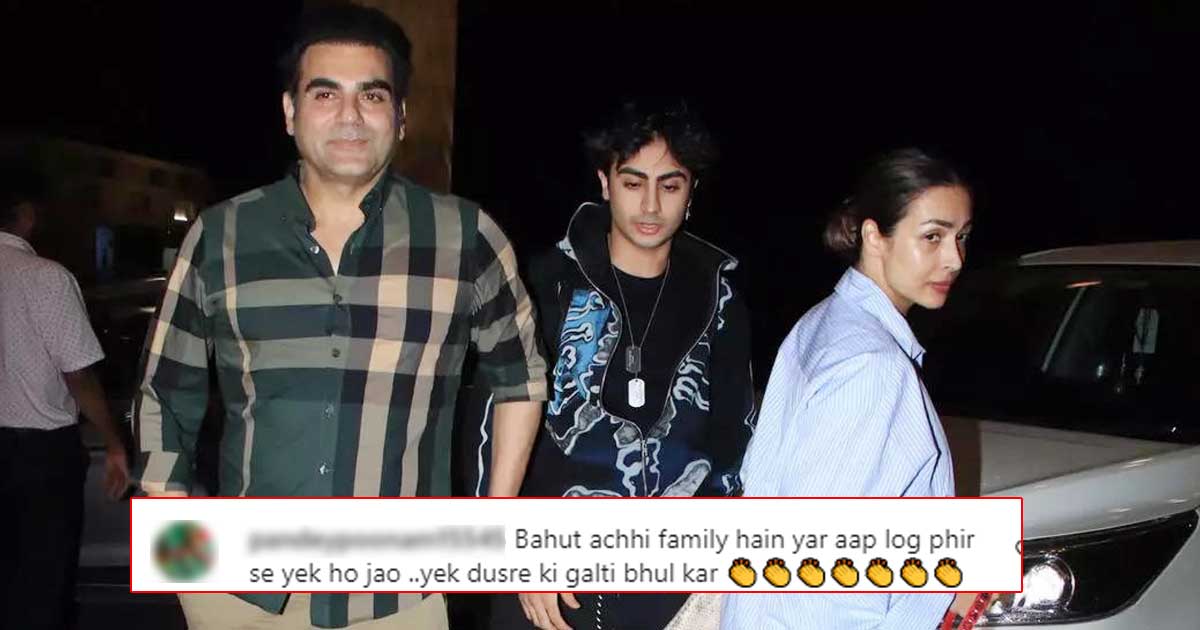 Malaika Arora is currently grabbing all the eyeballs over her new show, Moving In With Malaika. The actress shared insights into her past marriage with Arbaaz Khan revealing she was the one who proposed to him to get married. The beauty also revealed son Arhaan was the biggest cheerleader of her new show. Amidst it all, the family has reunited but the netizens are confused. Scroll below for all the details!

Arbaaz and Malaika officially got divorced in 2017. Ever since the duo has remained cordial and is co-parenting their son Arhaan. They’re often seen together at the airport when Arhaan jets off or returns to the city. Yesterday night was no different, as the ex-couple reunited to pick up their son.

In a viral video, Malaika Arora was seen dressed in a blue and white striped shirt. She complemented her attire with matching short pants and white shoes. The actress completed her look with a cool black cap. On the other hand, Arbaaz Khan opted for an uber-cool look in a black tee and olive green pants. The ex-couple hugged their son as he arrived and could be seen walking towards their car for departure.

One could see Malaika Arora, Arbaaz Khan and their son Arhaan Khan laughing during a fun chit-chat while on their way. It truly made for a delightful view and many expressed how they badly wanted to get back together. Others found the scenario unusual and shared their confused views.

Take a look at the video ft Arbaaz Khan, Malaika Arora and Arhaan below:

Must Read: Stree Actress Flora Saini Recalls Traumatic Domestic Violence By Producer Ex-Boyfriend: “He Warned Me Saying I Will Kill You Tonight…”