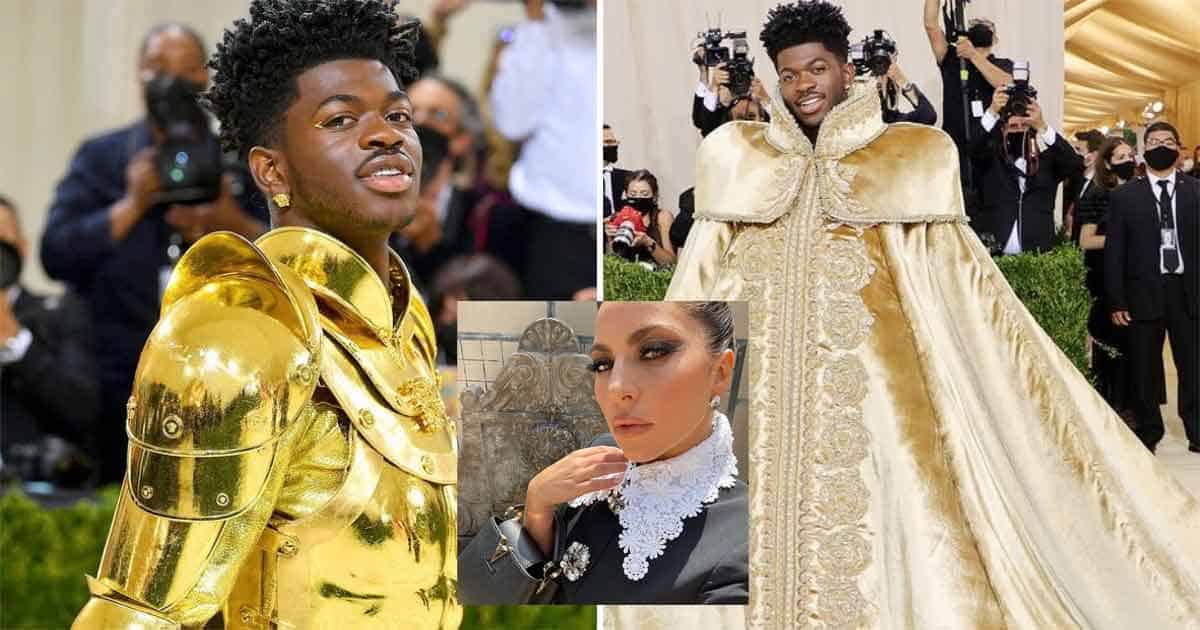 Lil Nas X was all glitters and gold at the 2021 Met Gala, as the rapper donned three looks in one on Monday evening.

Lil Nas X, 22, wore three separate but coherent looks designed by Versace. He first donned a regal golden velvet robe that later unveiled a golden armour suit underneath. Last but not least, Lil Nas X walked up the steps of the Met wearing a gold embellished black bodysuit that showed off his incredible figure following his pregnancy announcement.

“I feel like COVID let me get a lot of time to think and learn to block people’s thoughts about what I have to do, no matter who they are, how close I am to them, and just realise we only get one chance to do this,” said Lil Nas X, who will deliver his debut album ‘Montero’ on Friday.

The annual fashion event was postponed indefinitely in 2020, due to the ongoing coronavirus pandemic, but the gala is back this year with the theme of ‘In America: A Lexicon of Fashion’.

Must Read: No Time To Die Star Lashana Lynch Takes A Subtle Dig At Daniel Craig’s James Bond & Says, “Even If A 2-Year-Old Was Playing Bond…”