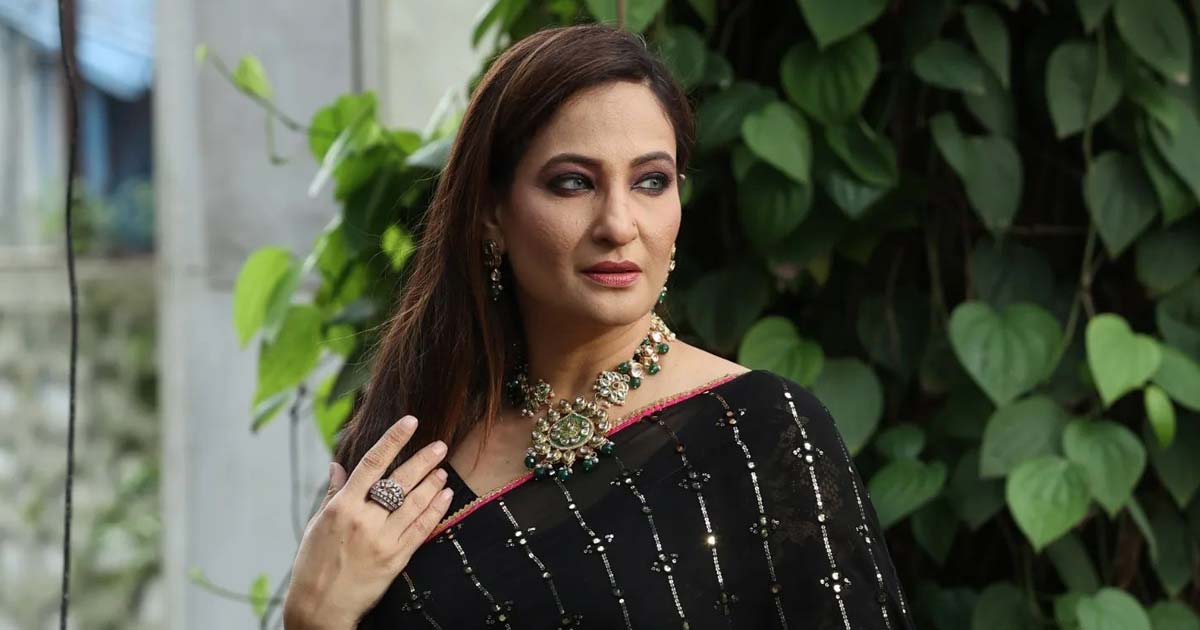 Rakshanda Khan, who is currently seen in the TV show ‘Janam Janam ka Sath’, opens up about the competition in the industry and how certain times many opportunities slipped from her hand because of the budget.

“Competition is great as long as it’s healthy. Yes, sometimes I’ve felt I’ve lost out on roles to people not necessarily on the basis of talent but also budget. But I’ve also realised what was meant for me has always come to me, in every sphere of life. Therefore, all I can show in life is gratitude, even for the competition,” she says.

Talking about her current show, Rakshanda Khan says that she loves her role. “The title ‘Janam Janam Ka Saath’ reflects the story in an instant. It’s a love story spanning almost a century. A love that could not be fulfilled in one birth, the lovers had to be reborn to fulfil their love story.”

“I play a character called Dr. Karuna Tomar, she is the hero. The kind of mother whose whole world revolves around her son. She can do anything for him. And the same goes for the son too.”

She adds: “What instantly attracted me to the character was the mother-son bond. She is willing to go to any extent for the well-being of her child and that is one quality that every mother watching the show will identify with.”

Rakshanda Khan says that it is very important for a show to have strong content. “In every show, people work hard, but despite that some succeed and some don’t. What sets one apart from the other is the content. People will lap up something if you make it look believable and relatable,” she says.

Meanwhile, it is often seen that actors are reluctant to play similar kinds of roles but Rakshanda says she is fine with it.

“For someone like me, regularity works. I’m happy coming to the same set, meeting the same people, deepening the bond created. I’m not someone who adjusts to new surroundings easily. So I’m very happy to be part of things long term. Short term relationships and shows both distress me,” she says.

The actress, who has been part of several TV shows including ‘Jassi Jaisi Koi Nahi’, ‘Kyunki Saas Bhi Kabhi Bahu Thi’, ‘Kasamh Se’, ‘Naagin 3‘, among others, says content on TV has changed with time and it is not the same when she started.

“I’ve always felt that TV as a medium was lopsided in favour of women, but in the past few years things have definitely changed and we see a lot more strong make characters. The balance is still ever so slightly tipped in favour of women but I guess I like it that way!” she says.

While talking her shooting experience for the current show, she shares: “I think on set we’ve formed our own version of the fab four. It’s me Nikki Sharma, Asmita Sood and Gaurav Singh Bajaj together most of the time. So while Asmita and I gorge on ice-creams, Gaurav and I discuss every possible food combo, Nikki is the one who just wriggles into every conversation and makes it her own. I feel fortunate to have met this trio cos they make work seem like so much fun.”

Must Read: When Taarak Mehta’s Munmun Dutta Posed In A Sultry Glittery Dress With A Plunging Neckline & Flaunted Her Toned Legs Making Not Only Go Jethalal Weak In The Knees But Also All Of Us!

The post Naagin Actress Rakshanda Khan Breaks Silence On Losing Out On Opportunities Because Of Her High Fees: “I’ve Also Realised…” appeared first on Koimoi.