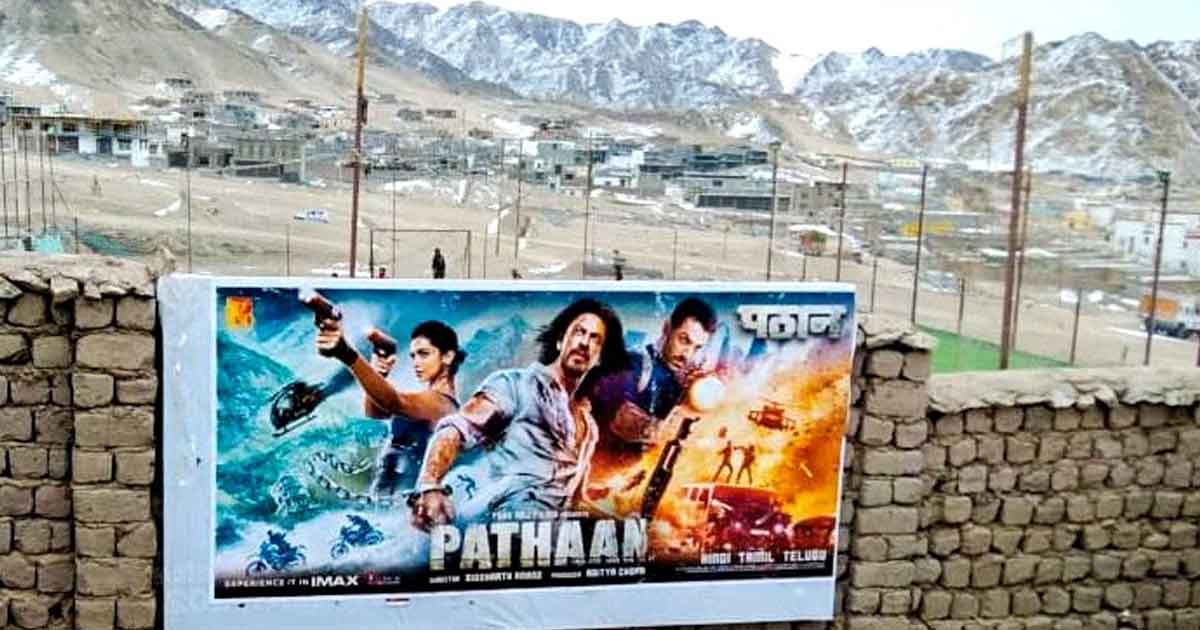 Bollywood superstar Shah Rukh Khan returned to the screens after four years with ‘Pathaan’ and now his fans in Ladakh can also watch the film at the highest altitude, as the movie is being screened in the inflatable theatres.

In ‘Pathaan’ Shah Rukh is playing a RAW agent. The film also features Deepika Padukone, John Abraham, Dimple Kapadia and Ashutosh Rana, and is a part of YRF’s spy universe.

However, now Pathaan already seem to be breaking records in advance booking and Sushil Chaudhary, CEO and Founder, PictureTime Digiplex said that it is going to be a great experience for the audience to watch the movie in a theatre set up at a height of 11,562 ft.

He said: “The entire nation is thrilled to watch Pathaan and so are the beautiful people of Leh. It’s been our continued effort to bring marquee cinematic titles to the interior locales of India. The fandom of Shah Rukh Khan spreads far and wide, and it’s the first time one of his recent movies is being released in Leh.”

“We are also doing similar screenings in Asifabad, Sardarshahar(Rajasthan) and in Arunachal. This is a happy occasion for all Shah Rukh Khan fans to come and watch their favourite star on the big screen,” he added.

‘Pathaan’ is playing in theatres.

Must Read: Pathaan: Shah Rukh Khan’s Comeback Film Is Blockbuster In Making & Exhibitors Got It Right Away, Increases Screen Count By 300!