Home / Gossip / Saif Ali Khan Chooses One Between Sacred Games & Tandav, Says “[Guess] Was More Real Than The Other” 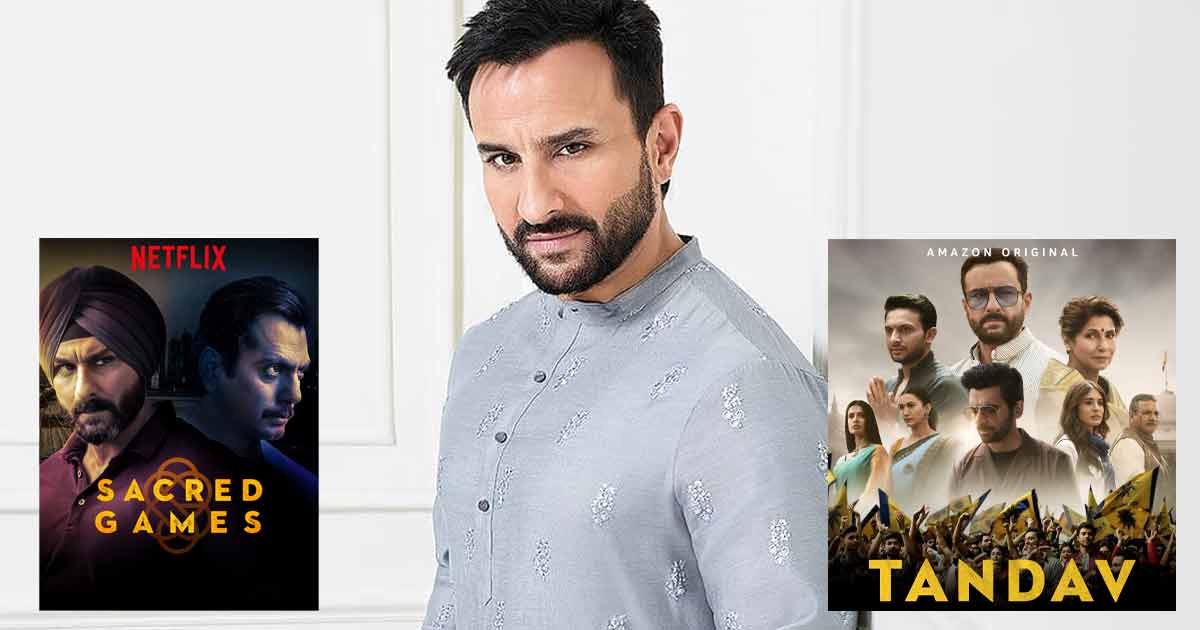 Saif Ali Khan was the first Bollywood star, who made it big on the OTT platform. The actor is currently celebrating the success of his latest release Bhoot Police and he’s really appreciative towards the digital platforms as it has helped the industry to run smoothly during the lockdown due to COVID-19. However, the actor was recently asked to choose between his top OTT series, Sacred Games and Tandav, his answer will surprise you. Scroll below.

The Jawaani Jaaneman actor is currently gearing up for Om Raut’s magnum opus Adipurush, alongside Prabhas and Kriti Sanon, the pan India film will be released on August 11, 2022.

At the Fever Bounce Back Bharat Fest 2021, Saif Ali Khan was put in a tough place when the actor was asked to choose between, Sacred Games and Tandav, he said, “Sacred Games, it is difficult because I love Ali (Ali Abbas Zafar), and I enjoyed Tandav a lot. It is difficult to choose between the two shows like that, but it is an instinctive response. I think Sacred Games was a little more wide canvassed and psychologically deep, and it is more real than the other. And, you know more about the mafia and the cops and the city.”

Further during the event, Saif Ali Khan states he’s lucky to have a job and vaccines as he’s hoping that everything will get back to normal, “Theatres are closed but we are lucky that we have got the OTT platforms.”

The actor also shared how he feels to bounce back on the sets amid COVID protocol, he said, “To interact with people without a mask or with a mask is a pain. This is an airborne thing and we shoot in air-conditioning with 150 crew members and you are not wearing a mask, so you feel a bit exposed and uncomfortable. You don’t need that pressure on top of everything else on the set, but what to do?”

Although everyone here is waiting for theaters to resume so that we can enjoy the big screen experience again, Saif Ali Khan on the other hand will be staying away from cinema halls for a while, he says, “I am not going to go to a theatre for a while. That kind of crowded interaction with people is going to take some time to come back. People go to theatres for different reasons. We used to go as kids, sorry to the parents, to have a quiet cigarette sometimes. Could be anything, that you want to get out of the house. Theatre is the biggest outing for people, so it is not only the movie that gets people to the theatres, but it is not worth going now, and nobody is going now.”

Apart from Adipurush, Saif will be seen in YRF’s Bunty Aur Babli 2, starring Rani Mukerji, Siddhant Chaturvedi, and Sharvari, the film is set to release on November 19.

Must Read: Atrangi Re To Release On OTT, Akshay Kumar Says “I Haven’t Yet Included It In The List Because…”

The post Saif Ali Khan Chooses One Between Sacred Games & Tandav, Says “[Guess] Was More Real Than The Other” appeared first on Koimoi.