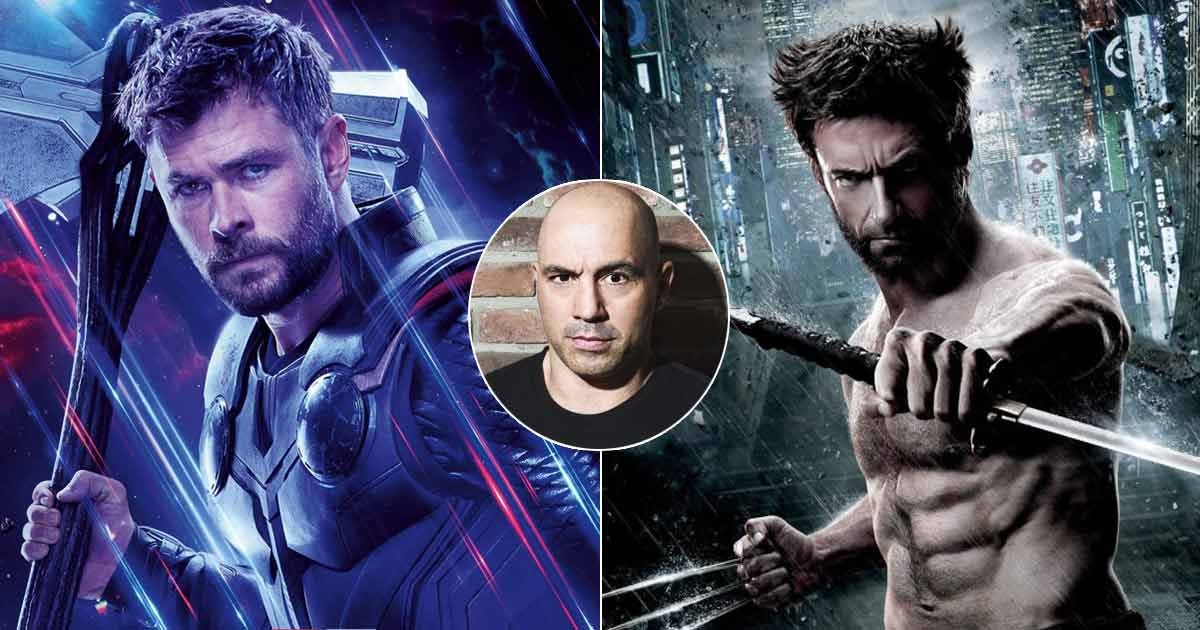 In a recent YouTube podcast show, Joe Rogan in conversation with a fitness guru Derek talked about in detail how Hollywood actors have been using steroids and drugs to get jacked but lie about it to maintain their image. Joe Rogan is an avid fitness enthusiast, and often shares his insights related to this topic on his chat show. In the recent conversation, he spoke about Chris Hemsworth’s Thor character, Hugh Jackman’s Wolverine & Dwayne Jackson’s Black Adam. Scroll below to get the scoop.

In the same conversation, Joe Rogan accused Hollywood industry for making their actors take drugs and steroids even at the age of their 40s and 50s and then lie about it in front of the media or the audience. He pointed out that the Hollywood franchises and the Studios like Disney and WB doesn’t want to ruin the flow of their income.

When we watch Thor or Wolverine, we see our favourite superheroes in their heroic form but do we know what goes behind what we actually see? The intense workout, the fitness regime and then comes the steroids. There are multiple actors in Hollywood who have taken drugs to attain a certain physique for a certain character. In the Best of Pods YouTube show, Joe Rogan and fitness guru Derek can be seen having a chat about it.

Dua Lipa: “I Get So Inspired By Artists That Have Quite A Lot Of Self-Doubt Or Darkness”

Did Robert Downey Jr Hint At Returning To MCU As Iron Man? His Latest Statement Is Nothing Less Than An Easter Egg!

Addressing it, Joe can be heard saying, “The massive amount of money that’s involved in a film, one thing they don’t want is to jeopardise any potential income. And if you come out and say the only way I got this form of hulk is by taking massive amounts of steroids people are gonna get upset.”

He further mentioned that there’s a mentality of the audience for lack of education in fitness and physique that feels cheated if they get to know the truth, which affects the stardom of the actors. And this is the reason why the actors lie about their drug intake.

In the podcast, Joe Rogan and Derek looked at a few pictures of Hugh Jackman from Wolverine when Joe called it ‘actually achievable’ but mentioned that Chris Hemsworth ‘got bigger than that’ for Thor. To this, Derek further mentioned that he has got good genes and that his trainer even confirmed that it was ‘all natural’.

Check out the video here:

Well, now we all know about how Chris Hemsworth or Hugh Jackman got jacked for their superhero roles. What are your thoughts about it? Let us know through comments.

Must Read: Sacha Baron Cohen Brings Back His ‘Borat’ To Mock Kanye West & Donald Trump: “He’s Too Anti-Semitic Even For Us”