Home / Gossip / Amber Heard Once Turned Into A Sensuous Goddess Flaunting Her B**bs In A Topless Look Under Nothing But A Black Blazer, Can We Even Blame Johnny Depp For Falling So Hard? 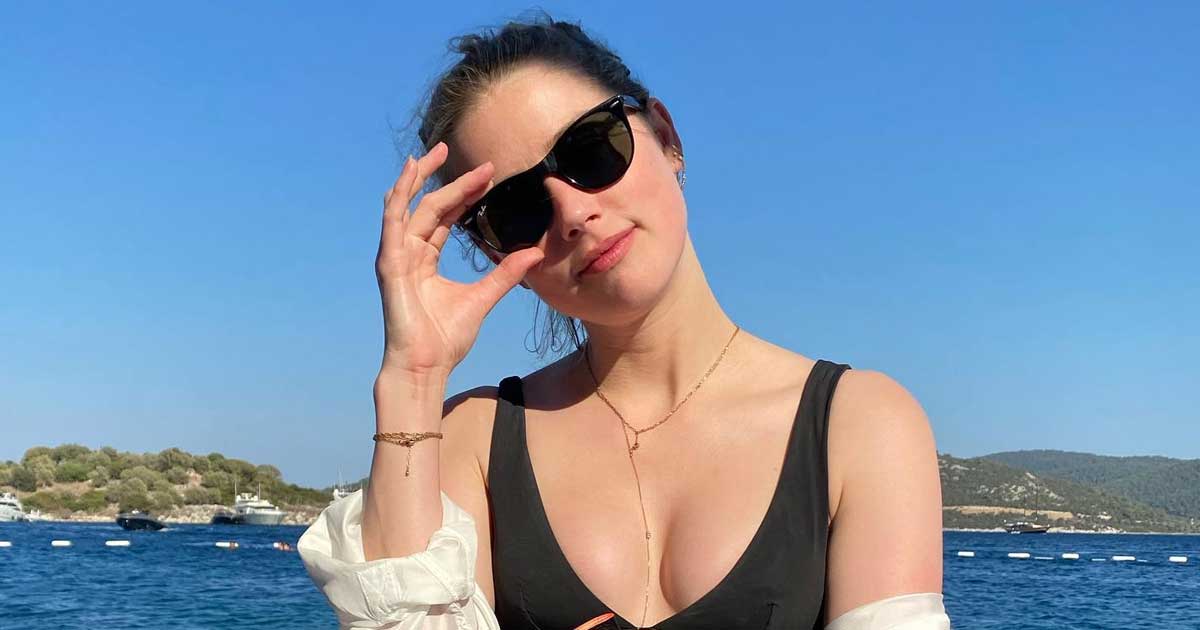 Amber Heard has been in the headlines because of her defamation suit of late. The actress gained restraining order against Johnny Depp shortly after filing for a divorce in 2016. What followed were allegations of domestic abuse and a series of court cases that are yet to be appealed. But can we even blame JD for falling for the sensuous diva in the first place? Below is why we say so!

As most know, Amber has been a part of the entertainment world since 2003. But it would be safe to say that her relationship with Johnny Depp on the sets of The Rum Diary is what brought her a lot of eyeballs. Ever since, we’ve seen her in a lot of famous projects like Justice League, and Aquaman among others.

It was reportedly for GQ magazine that Amber Heard once bared it all. The actress went topless and showcased her busty assets as she wore nothing but a black blazer for one of the shots. She left her hair messy with a partially slicked-back hairstyle. Nude tones on the face including a ton of bronzer, smokey eyes and brown lips completed her look.

Amber Heard looked straight into the camera as she posed and that glimpse is to die for! It’s hot, and sensuous and one would run out of words to describe that s*xy expression. We’re totally swooned by this racy avatar of the Aquaman star, can we even blame Johnny Depp for falling so hard?

Take a look at the photo shoot below:

Amber Heard, what a woman. pic.twitter.com/EWnL8O567M

On the professional front, Amber Heard will be next seen in Aquaman 2 opposite Jason Momoa. There have been a lot of rumours about her exit but nothing has been confirmed so far.

The post Amber Heard Once Turned Into A Sensuous Goddess Flaunting Her B**bs In A Topless Look Under Nothing But A Black Blazer, Can We Even Blame Johnny Depp For Falling So Hard? appeared first on Koimoi.