Home / Gossip / Julia Roberts Has The Best Possible Tribute For BFF George Clooney, Check It Out! 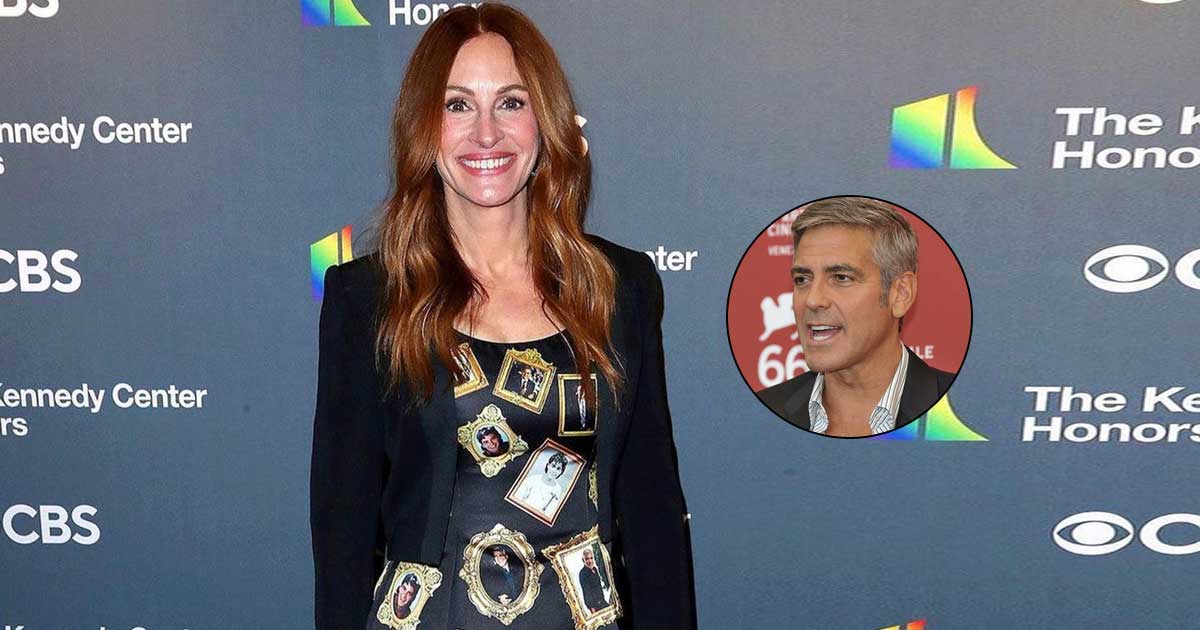 If you can’t do what Julia Roberts did for her BFF George Clooney, are you even a BFF? Erin Brockovich star wore a gown covered with photos of the Hollywood star.

The two have worked together in many movies like Ocean’s Eleven, Ocean’s Twelve, Money Monster and Ticket to Paradise. The 55-year-old actress made her fun fashion statement to show support for George, 61 at the Kennedy Center Honours ceremony in Washington DC, reports ‘The Mirror’.

Julia Roberts’ dress featured framed snaps of the actor throughout his career, dating from his early days as Doug Ross on ER. The actress rounded up her look with a black jacket.

George Clooney won a lifetime achievement honour for his role in US cultural life.

Julia Roberts appeared in the first two instalments of ‘Oceans’ franchise as Tess Ocean, with George playing her on-screen husband Danny Ocean. The latter character appeared in three films as part of the series.

The post Julia Roberts Has The Best Possible Tribute For BFF George Clooney, Check It Out! appeared first on Koimoi.