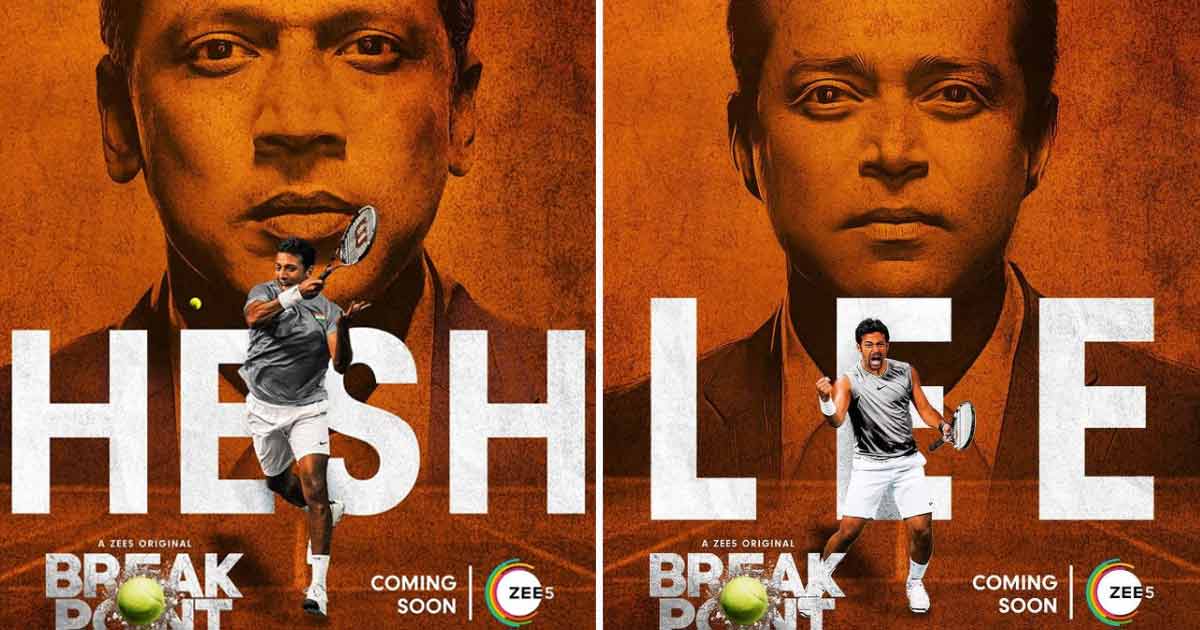 The posters of the web series ‘Break Point’ have been released by its host OTT platform. The series which talks about the famous partnership of tennis champs Leander Paes and Mahesh Bhupathi is directed by Ashwiny Iyer Tiwari and Nitesh Tewari.

Uploading the intriguing posters of Break Point, Bhupathi wrote on Instagram: “There’s more to my off-court relationship with Leander than the grand slam titles we have won. Watch our untold story exclusively on ZEE5.”

Both the posters of Break Point, individually show a sketch of Bhupathi and Paes, while a cutout of them plays in the foreground.

The tagline of the seven-episode web series says ‘From bromance to breakup’, which indicates that the story will reveal what made them part ways after a successful partnership.

The Break Point web series will stream on ZEE5 and the dates will be announced soon.

Must Read: Salman Khan Accompanied By Iulia Vantur In Austria? She Says, “Love Will Always Bring People Together” In A Video Shared From Love Lock Bridge

The post Mahesh Bhupathi, Leander Paes Led Break Point’s Character Posters Out & They Look As Cool As The Duo! appeared first on Koimoi.