Home / Gossip / When Shah Rukh Khan Asked Why People Give His & Gauri Khan’s Marriage Importance Saying, “… If You Can Keep A Marriage Ordinary…” 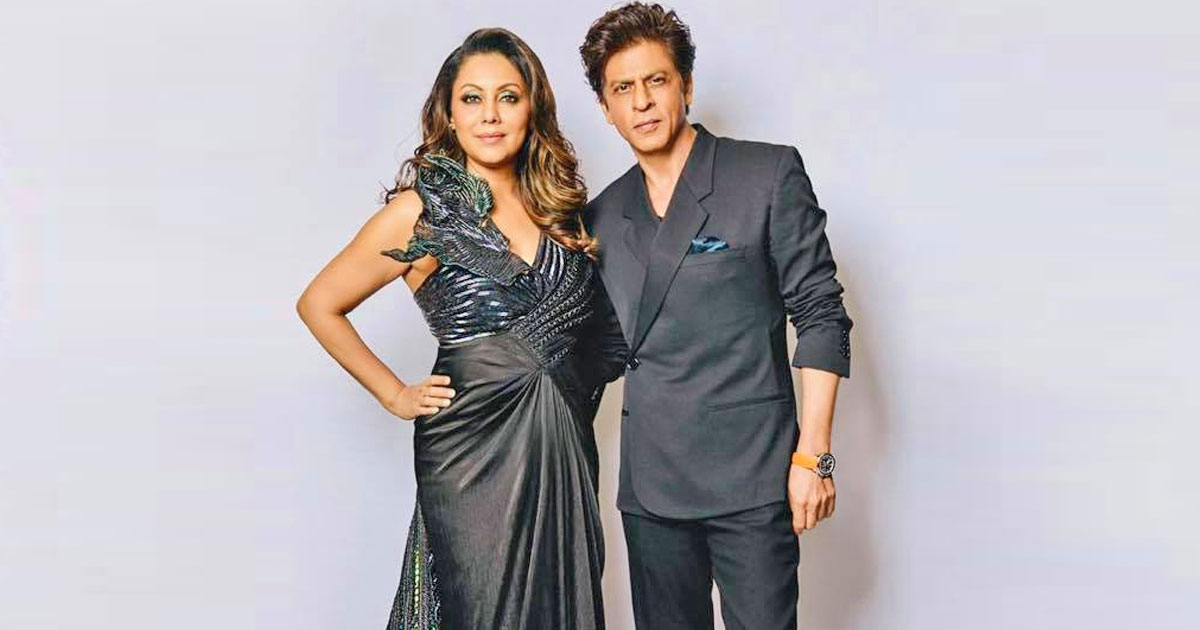 Marriages are made in heaven and people on earth love celebrating them. And when it comes to celebrity weddings and marriages, the importance on them in 10 folds. In a past conversation, Bollywood power couple Shah Rukh Khan and Gauri Khan got candid about their union. While King Khan wondered why people give so much importance to their relationship, the designer revealed she was fortunate to have Khan as her life partner.

Shah Rukh met Gauri for the first time when they were 18 and 14, respectively, at a party in Delhi. While for Khan it was love at first sight, the couple took some time and tied the nuptial knot in 1991. They share three children – Aryan Khan, Suhana Khan and AbRam Khan. Read on to know what they had to say about their union and the limelight put on it.

While in conversation with Vogue India in 2018, Shah Rukh Khan opened up about marriages and the importance given to his and Gauri Khan’s union. The Badshah of Bollywood was quoted saying, “We give marriage too much importance; we’re trying too hard. Things that are done with ease, acceptance and love will always be successful. The best thing we do is wake up in the morning and have a cup of tea and family time.” SRK added, “I can’t understand the importance given to Gauri Khan and my marriage — if you can keep a marriage ordinary, that’s what makes it special.”

Kabir Bedi Says Mahesh Bhatt & Danny Denzongpa Never Had Issues With Him Mentioning Their Romantic Relationship With Late Praveen Babi: “It Was True…”

John Abraham Was Once Accused Of “Almost S*xually Assaulting” Kangana Ranaut After He Got Carried Away During A Passionate Lovemaking Scene!

In the same interview, Gauri Khan also stated that she likes to keep her love for Shah Rukh Khan ‘private and inside the doors of Mannat’, their Mumbai home. The designer told Vogue India, “He is the best husband and father I could ever ask for. I always say that I am so fortunate to be with Shah Rukh Khan, the man. I don’t come from a space where I gush and praise—the world is doing enough of that. I like to keep my love for him private and inside the doors of Mannat.”

On the work front, Shah Rukh Khan has a busy slate with YRF’s Pathaan set to release on January 25, 2023. Following this action flick- co-starring Deepika Padukone and John Abraham, Khan will also be seen in Dunki with Taapsee Pannu, and Jawan with Nayanthara.

Stay tuned to Koimoi for more.

Must Read: Richa Chadha Recalls Her ‘Fauji’ Nanaji Taking A Bullet In Indo-Pak War, After Facing Massive Backlash For Allegedly Disrespecting Indian Army: “It Is An Emotive Issue For Me”

The post When Shah Rukh Khan Asked Why People Give His & Gauri Khan’s Marriage Importance Saying, “… If You Can Keep A Marriage Ordinary…” appeared first on Koimoi.