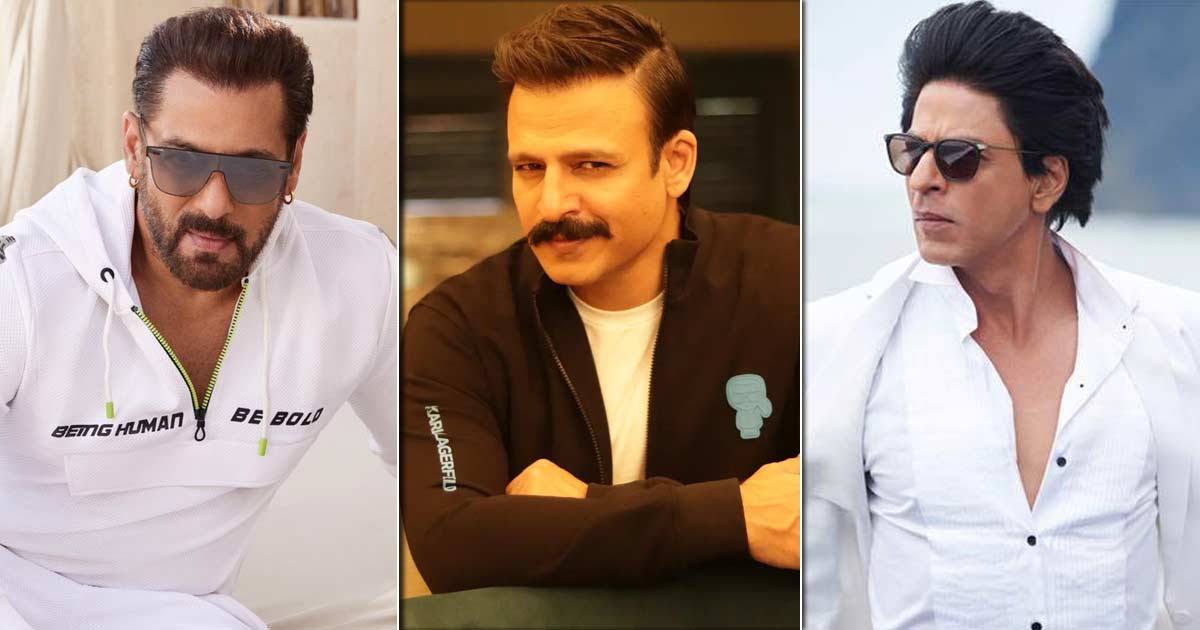 Vivek Oberoi is one of the most popular actors in Bollywood. He debuted with Ram Gopal Varma’s ‘Company’ in 2002 and his debut was quite promising and he immediately rose to fame for his brilliant acting skills and good looks. Today, we bring you a throwback to the time when he opened up on doing Shah Rukh Khan’s biopic and also mentioned Salman Khan in his interview and this all took place before his alleged ex-girlfriend Aishwarya Rai Bachchan’s controversy. Scroll below to read the scoop.

It was after Aish broke up with his rumoured boyfriend Salman, she started dating Vivek. It was later in 2003 that Oberoi called a press conference and revealed details on how Salman called him 41 times and abused and threatened to kill him because of his alleged relationship with Aishwarya.

Months before this shocking press conference, in an interview with Rediff, Vivek Oberoi opened up about doing Shah Rukh Khan’s biopic and said, “I am fascinated by Shah Rukh Khan. He is brilliant. Every time I meet him, I tease him, ‘Hello God, how are you?’ Gauri (Shah Rukh’s wife) keeps saying ‘Stop calling him that. He is just Shah Rukh.’ Here’s a guy who comes from nowhere, has no connections to cinema and has no way to make it in. On his beliefs and convictions, he enters films, marries his childhood sweetheart, rules tinsel town and walks into offices and tells filmmakers to either sign him now or regret later.”

When Salim Khan Recalled Spending 20-25 Crore On Salman Khan’s Hit-And-Run Case, “What About The Tension That He…”

Vivek Oberoi further added, “I do not idolise Shah Rukh. I am fascinated because he is an interesting story. He has an interesting career graph. He won the award for the best actor and best villain in the same year. He is arrogant, yet he is also the humblest person around. He is so complex and interesting. I have immense respect for him. I am in awe of Shah Rukh.”

Who isn’t fascinated by Shah Rukh Khan, isn’t it? His charm is undeniable and he’s one of the most loved actors across the globe.

What are your thoughts on Vivek Oberoi doing Shah Rukh Khan’s biopic and also mentioning his love for Salman Khan in a throwback interview? Tell us in the space below.

Must Read: When Vivek Oberoi Compared His Krrish 3’s Kaal With Heath Ledger’s Joker: “Others Have Compared My Performance To International Level”