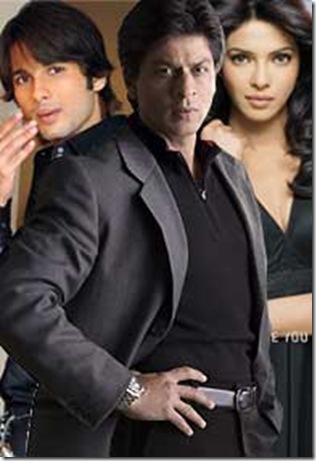 Bollywood star Priyanka Chopra is kicked about performing with Shah Rukh Khan and Shahid Kapoor in Durban for celebrating the 150th year of India-South Africa friendship Saturday, and says she has a soft corner for the ‘friendly and inviting’ people of that country.

‘I was approached for this event when the idea was being discussed. I thought it was a wonderful way to celebrate the 150 years of friendship between India and South Africa. There is no better way than to celebrate it in true Bollywood style,’  said Priyanka.

The concert, which is being held to commemorate the arrival of the first Indian indentured labourers in 1860 to work on sugarcane plantations in South Africa, promises to be a glittering event with well-known names from the world of cricket and entertainment sharing a common platform.

The event, to be hosted by actor Anil Kapoor, is an initiative by AAMEDIA, a South African corporate, and Cricket South Africa. It is being directed and executed by Wizcraft International Entertainment and Cineyug Productions.

Priyanka, who has shot for her films Andaaz and Aitraaz in South Africa in the past, says she has a ‘surprise’ in store for her fans. She also revealed that she has an ‘interesting performance lined up’ on popular songs like Maa da laadla, Desi girl and Raat ke dhai baje.

The 28-year-old actor, who will be flying out to Durban from Mumbai Friday night, is especially upbeat about the event as she finds a lot of similarities between India and South Africa.

‘Given that there has been a 150-year association between the two countries, there are many similarities between the two. In many ways there is a certain familiarity every time I go there (South Africa). I have been to South Africa many times and enjoyed every trip,’ said Priyanka, who last visited the country in 2009 when she went to judge the Miss World pageant in Johannesburg.