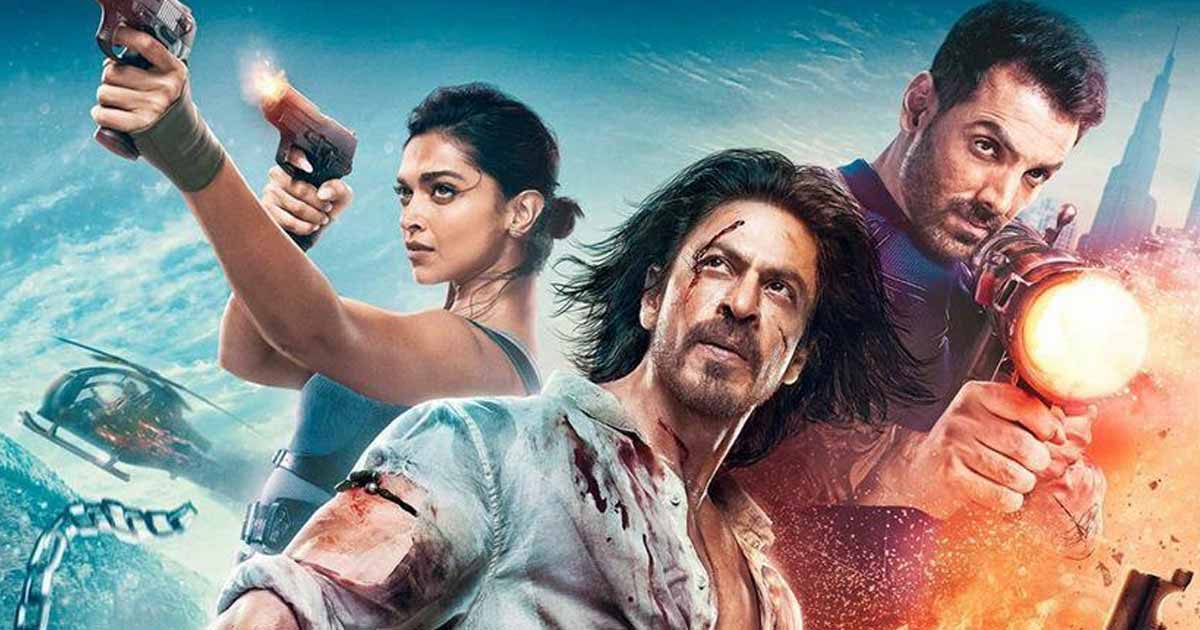 Pathaan day is finally here and as much as we hate typing in the interval, we really want you to know how our experience has been till now without giving a single spoiler. So, Shah Rukh Khan fans and general audience alike, here’s how it has been till now.

Without revealing anything about the story, let’s just say Shah Rukh Khan is the most charismatic 57-year-old you’ll ever see on screen. His mere presence gets you intrigued in every scene he is in.

Deepika Padukone, on the other hand, is majorly used to set up your screen on fire while her body double isn’t performing any stunts for her. The first half majorly serves as the base for Pathaan’s characters to build the curiosity for the seeti-maar faceoff between Shah Rukh Khan’s Pathaan and John Abraham‘s Jim.

The action choreography for the film excels as the man-to-man combat sequences look astonishingly amazing but the moving ‘grand’ scenes lack the finesse the VFX should have. The green screen usage is clearly visible if you really look into it. The scale speaks lavishness and the pre-interval block is good.

Certain ‘Abbas Mustan‘ level twists keep you hooked, but you’ll smell them from afar at times. Pathaan’s second half holds the major juice as every piece of the puzzle falls into its place with Pathaan hunting for a ‘Raktbeej’. Stick to this space for the Pathaan movie review.

Pathaan is directed by Siddharth Anand. The film marks the comeback of SRK after the Zero debacle. The advance booking trends are quite strong and the film is set to make and earth-shattering opening!

The post Pathaan Movie Review Quicker: ‘Last Of The Stars’ Shah Rukh Khan Brings Back The ‘Mass’ To The Massala Entertainers, Deepika Padukone Could Burn Your Screen! appeared first on Koimoi.