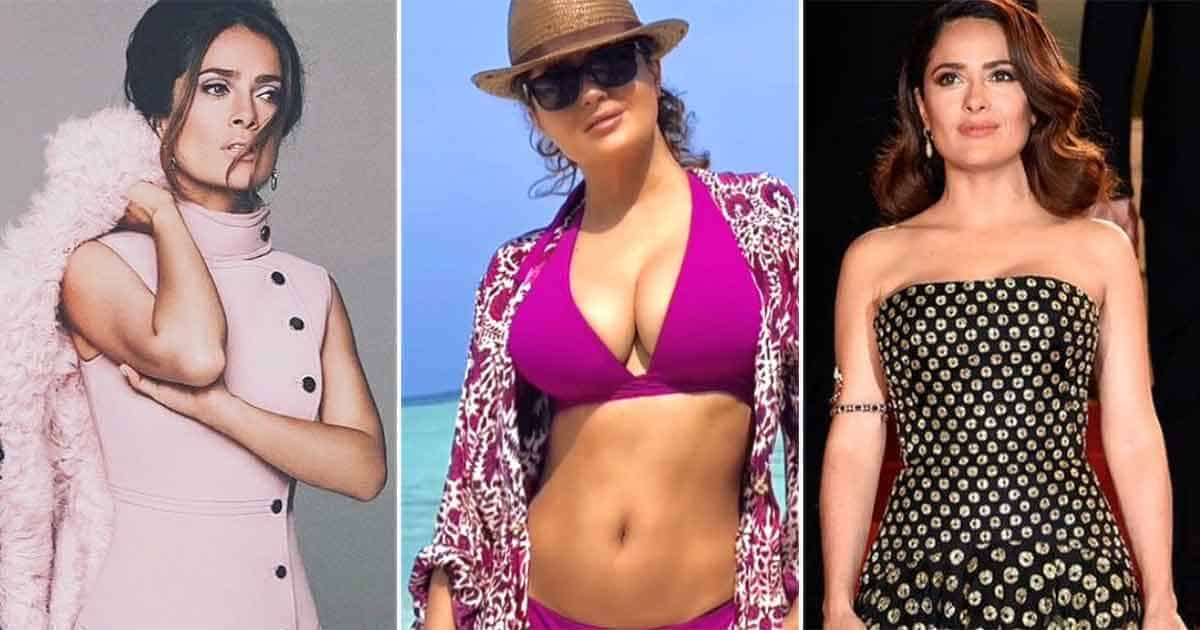 Salma Hayek, a 54-year-old Mexican and American actress, has a figure that is sure to give women in their 20s and 30s a run for their money. The actress, who will soon be seen playing Ajak in Eternals and Pina Auriemma House of Gucci, doesn’t mince her words, and she did the same while talking about her b**bs and them becoming bigger over the years.

During the conversation, Hitman’s Wife’s Bodyguard actress explained how her b**bs increasing sizes is entirely natural – answering the question many have if she’s gotten them augmentation. She also spoke about her menopause and how that affected the size of her br*ast. Read all she said below.

During her appearance on ‘Red Table Talk,’ with Jada Pinkett Smith, Willow Smith, and Adrienne Banfield-Norris, Salma Hayek opened up about people thinking she underwent breast enlargement surgeries. Stating that they are natural, the 54-year-old said, “A lot of people said that I had br*ast augmentation. I don’t blame them! My b**bs were smaller! So was the rest of my body,”

Do You Know? Selena Gomez Herself Gave Away Her ‘Most Followed’ Instagram Celeb Tag!

Talking about her br*ast growth, Salma Hayek being all-natural and a result of her pregnancy, menopause and periods of weight gain, the actress said, “For some women, they get smaller. But there are some women that when you gain weight, your b**bs grow, and other women that when you have children and you br*astfeed your b**bs grow and they don’t go back down, and then in some of the cases when you are in menopause, they grow again,” she said. “I just happen to be one of those women that it happened in every single step! When I gain weight, when I got pregnant and when I am in menopause.”

Talking about her b**bs becoming bigger during menopause, Salma Hayek said, “Many, many sizes. And my back has been really suffering from it,” she said. “And not a lot of people talk about this.” She added that while people talk about the hot flashes and emotional intensity of menopause, the br*ast growth was a surprise for her. “I’ll tell you what they don’t tell you. The b**bs grow — a lot.”

Thank you for letting others know about what to expect during menopause and how your b**bs have become bigger naturally, Salma Hayek.

Stay tuned to Koimoi for more.

The post When Salma Hayek Spoke On Her B**bs Growing In ‘Many Many Sizes’ & Said “My Back Has Been Suffering…” appeared first on Koimoi.