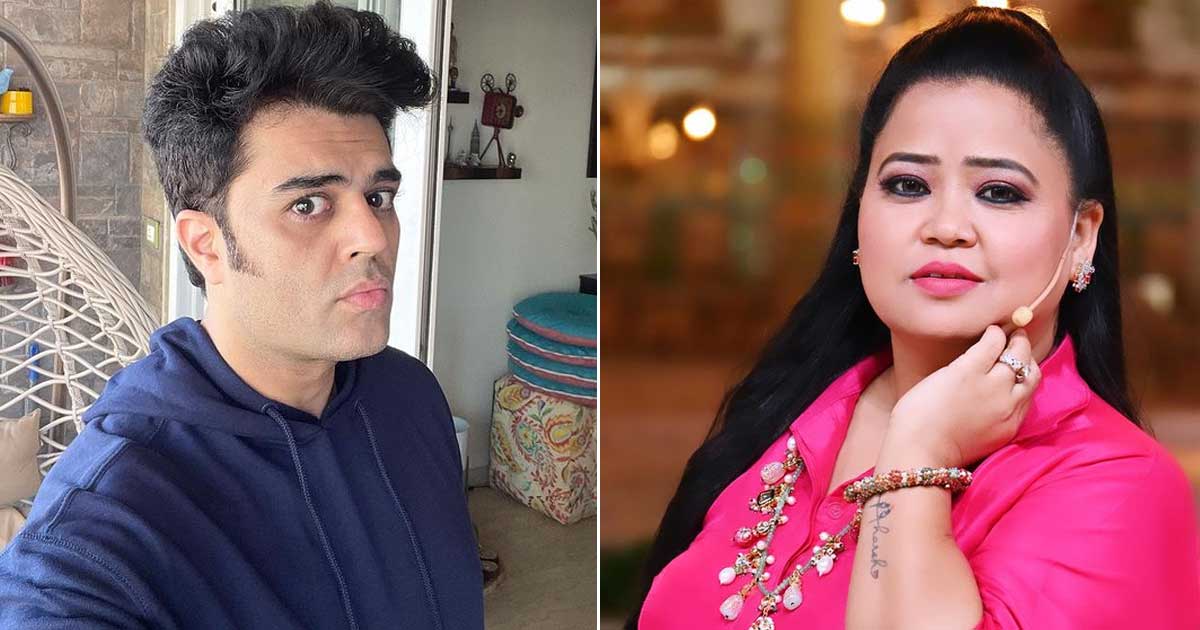 Recently, Maniesh Paul launched the latest episode of his podcast on YouTube featuring his old friend Bharti Singh, revealing the deepest secrets of her personal life, presenting an unseen side of her personality.

Now, Maniesh has unfolded the fun behind the scenes as the two witty, hilarious and talented personalities got together showcasing the utmost ease and comfort he shares with Bharti Singh.

Sharing the video on his social media, Maniesh Paul said, “Madness next level!!!
Thank you all from the bottom of my heart for such a FANTASTIC response to my podcast with @bharti.laughterqueen

Aladdin Fame Avneet Kaur Once Reacted To Merciless Trolls & Said, “Sometimes You Receive So Much Hate…”

Giving a glimpse into the hilarious banter between the two extremely talented, quirky, spontaneous and funny artists, the BTS video has set fireworks exploding with their infectious energies.

The episode provided testimony of the deep and strong connection between the two artists, as they share a friendship that has scaled over a decade.

Owing to the affectionate bond shared by the duo and Maniesh Paul’s colloquial abilities, Bharti Singh put forth various aspects of her life, without any discomfort.

After shooting four episodes virtually that shed light on the varied aspects of the pandemic, Maniesh Paul shifted to the studio welcoming guests to present untold stories from their lives.

Over the years Maniesh Paul has scaled an inspirational journey having begun as an RJ, VJ, actor, singer to also being touted as the ‘Sultan of the Stage’ today. Currently gearing up for his upcoming next with Dharma Productions’ Jug Jugg Jeeyo, Maniesh Paul promises intriguing performances in multiple characters, including a few announced projects.

The post Maniesh Paul & Bharti Singh Give A Glimpse Into A Hilarious Banter In The Latest BTS Video appeared first on Koimoi.