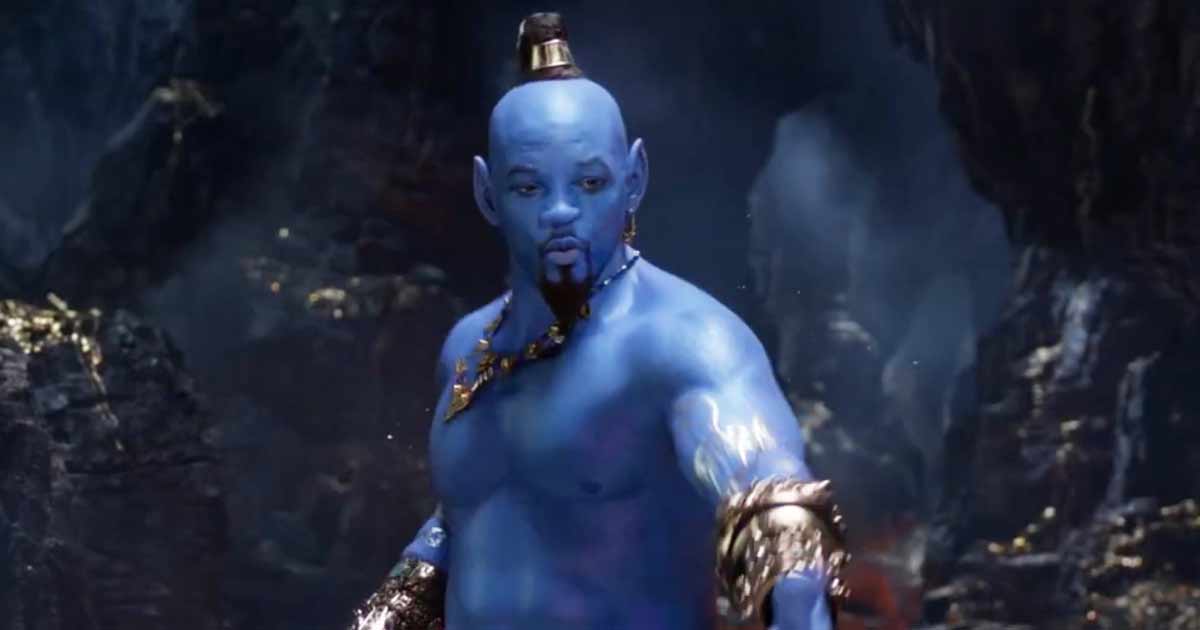 Hollywood star Will Smith is reportedly set to return for ‘Aladdin’ sequel, reprising his role as Genie from the 2019 Disney musical fantasy film.

Based on the ‘One Thousand And One Nights’ series of Middle Eastern folk tales, the script for the upcoming movie is being written. Details are still scarce, but the hope reportedly is that filming could begin at the end of this year, reports aceshowbiz.com.

“This would be one of the first movies Will has shot since the Oscars slap and it is quite surprising, given that it will be for a kids’ film,” a so-called movie insider says of Will Smith’s acting return since his controversial behavior at the 2022 Academy Awards.

When Matt Damon Lost The Humongous Chance Of Starring In Avatar For A Bourne Film, James Cameron Asked Him To “Get Over It”

Dwayne Johnson, To Spend Over $6.5 Billion To Purchase WWE From Vince McMahon Undercutting The Saudi Party? Says ” I Would Find A Way To Do That”

“He has done a lot of work on himself and the consensus is that it will all be very much in the past by the time the movie is released.”

“The first film was a huge success, so it would be silly not to make another, and it would be a real shame to have to re-cast Will over what happened,” the source weighed in. “So Disney is keen to stand by him and bring him back into the fold.”

Other cast members, such as Mena Massoud, who stars as Aladdin, and Naomi Scott, who plays Jasmine, in the first movie, are reportedly also eager to return for the second installment.

Asked in December 2022 if he knew what was happening with the film, Massoud shared: “There was a change with the writers, and they are working on a new draft. If ‘Aladdin 2’ happens, that’s fantastic. It should happen.” He went on dishing, “It’s not going to be based off the animated version. This is going to be a new original story.”

In the same month, Guy Ritchie, who directed ‘Aladdin’, was also asked about the possibility of asking Smith to return for the sequel amid rumors that Dwayne ‘The Rock’ John might replace him in the role following the Oscars slap drama. The helmer, however, still favors the ‘King Richard’ star and wants to keep him in the role.

“I’ve never met a more lovely man, and working with him was one of the most wonderful, great experiences I’ve ever had. I never saw anything other than the consummate, generous gentleman,” the filmmaker gushed over Smith. “I wouldn’t have any issue casting Will Smith in anything, because, as I say, he was just the f***ing perfect gentleman.”

Smith has been slowly regaining the public’s trust after he slapped Chris Rock at last year’s Oscars over the latter’s joke about Jada Pinkett Smith’s shaved head. Despite his apologies, he’s banned from attending the Academy Awards for 10 years.

His latest film ‘Emancipation’, which was released in December of last year, was filmed in 2021, months before the slap incident.

Must Read: When Lady Gaga Arrived At A Pizza Shop Wearing A Br* But Stripped It Off Publicly Before Leaving Accidentally Flashing Her B**bs

The post Aladdin 2: Will Smith Set To Reprise Genie Role In The Disney Musical Fantasy Film? appeared first on Koimoi.